Japanese tea is an integral part of Japanese culture with a history that traces back to as early as the 8th century. Over the passage of time, the leisurely activity of drinking green tea has evolved and transformed, but it is still a much-beloved art form across all generations. You have heard of matcha and traditional tea ceremonies. But what about the humble Yunomi?

Available in a dizzying variety of shapes, colours and styles with designs ranging from traditional design to more modern styles, Yunomi is a key essential for any green tea lover.

What is Yunomi? What does the name imply?

Yunomi is the less formal cousin of the chawan and is associated with everyday tea drinking.

Unlike Western teacups, a yunomi does not have handles making it the perfect vessel for cradling in your hands to savour the warmth and aroma of tea. Yunomi is usually cylindrical, sporting a turned foot and come in many forms with the ideal size being between 90 ml to 150 ml. Generally speaking, smaller teacups are used for higher grade teas and larger teacups are used for more informal teas such as Houjicha and Sencha.

What’s in a name? The question, immortalized by Shakespeare’s Juliet may draw a number of answers but when it comes to teaware it doesn’t get simpler than this. Yunomi is derived from its description of the item in Japanese. What is it? It’s a utensil used for drinking water and in Japanese, you’d say お湯を飲む道具 “Oyu wo nomu dogu”. Oyu meaning hot water and nomu meaning “to drink” collide together to make Yunomi.

Yunomi and Chawan: What are the Differences?

In many cultures around the world, tea is more than a drink. It is a sacred affair that the Japanese have elevated to an art form. There are rules of etiquette involved and proper decorum of the tools used in tea. This might seem over the top, but would you drink tea from a soup bowl? Maybe if you didn’t have time to do the dishes that day!

Although yunomi do not have handles, they are distinctly different from the Japanese bowls used in ritualised tea ceremonies for drinking matcha. In a nutshell, yunomi is used for daily tea drinking. Its small size makes it perfect for drinking loose leaf teas such as sencha and gyokuro. Similarly to Western teacups there can be a huge range in price for a single cup. A mass-produced yunomi is quite affordable, but a high-quality cup made by a master potter will set you back by at least 10,000 yen. These tea cups are often in pairs or in sets of 5.

A chawan literally means “tea bowl” and it’s a tea bowl used for making and drinking matcha in a formal tea ceremony. It is short and wide to allow space for the vigorous whisking motion required to create creamy matcha. Another characteristic of a chawan is its curving interior wall at the bottom. This allows the chasen, a bamboo whisk, to easily reach all corners when preparing matcha. They are typically larger than yunomi and contain their form for ritualistic and practical elements that have evolved with the Japanese tea ceremonies.

There are 47 prefectures that form Japan and each region produces its own unique ceramic ware using locally sourced materials. From rustic earthenwares to intricately decorated white porcelain. Almost all potters from large production kilns to living national treasure produce yunomi in their regional and personal styles.

Quality yunomi use the finest clay and glazes and are carefully created by a master potter. While yunomi never have handles, they are surprisingly comfortable to use. This is where the insightful talents of Japanese potters come in. A master will carefully consider all aspects of a teacup from the shape of a cup. How it fits in your hand. How the texture of the edge where it meets your lips.

Each style of pottery brings its own advantages to drinking tea. A white porcelain cup will enhance the vivid emerald shades of Japanese tea, while a stoneware cup will absorb the flavour and colour of tea over time to create a richer and intimate tea-drinking experience.

Some common styles for yunomi include:

This is a type of pottery that comes from the town of Hagi in Yamaguchi Prefecture and dates back over 400 years. It’s a glazed, high-fire type of stoneware that actually originates from a Korean traditional style of pottery. During the pottery war in the late 25th century, many Korean potters were brought to Japan and their artistic and technical influence can be found across many Japanese pottery styles today. The natural warm hues of its clay, along with the simple lines of its forms are revered within the traditional aesthetics of many tea ceremony schools.

An interesting aspect of a Hagi Yunomi is that the teacup will gradually develop its own taste the more you drink tea from it. It is famous for going through 7 stages of change and deepening in flavour as more green tea is poured into it. This is a result of the tannins found in green tea slowly staining the fine cracks in the glaze, creating a rich texture and transformative phase in the pottery. Hagi pottery is highly porous, so some people prefer to dedicate their Hagi yunomi to one type of tea to avoid mixing aromas into the clay.

This was Japan’s first high-fire, white glazed pottery style. It has distinctive red scorch markings from the feldspar, one of the materials used for this pottery style. It also has a small pinhole texture termed yuzuhada meaning citrus skin. With their brilliant white coloring, Shino ceramics are a great way to highlight the vivid green colours of Japanese tea.

Karatsu is another high-fired ceramic with underglaze iron paintings that traditionally come from Karatsu, Saga Prefecture. It is an area that is famous for being the century of pottery production since the 16th century. Karatsu ware is known for its sturdy simplicity and is one of the preferred styles of pottery for tea ceremony.

This is a town outside Tokyo renowned for its pottery. The early mashikoyaki style was simple brown with red glaze pottery, an effect obtained from the use of the local red-brown clay. However, in the early part of the 20th century, Shoji Hamada, another famous Japanese potter, encouraged more creative freedom. Today there are numerous interpretations of mashikoyaki.

Where a teacup is made is also an important factor when investing in a yunomi set. If you’re an avid collector of Japanese pottery, then join the club! These are some of my personal favourite pottery styles that offer beautiful yunomi:

Obori Soma-yaki is a type of Japanese porcelain produced in the town of Namie, Fukushima Prefecture and dates back to the early Edo period (1603-1867). Obori Soma-yaki is characteristically known for its celadon glazes with dramatic blue fissures and hand-painted motifs depicting sacred horses revered by the former Soma clan. This style of pottery also features a double-wall, a unique aspect that cannot be found in any other type of Japanese porcelain, making it the perfect insulation for hot drinks.

Shigaraki ceramics come from the rural area of Shigaraki town in Shiga Prefecture. Japanese pottery enthusiasts will know the area as one of Japan’s Six Ancient Kilns with a history dating back to at least the 12th century. Made from rich deposits of quality clay taken from Biwa Lake, Japan’s largest lake, Shigaraki pottery encompasses the Japanese aesthetic of wabi-sabi through its warm and rustic hues and glassy glazes.

It is widely believed that the characteristics of each yunomi teacup depend greatly on the material from which it is made. Generally, this is divided into two categories: Stoneware and Porcelain. While stoneware yunomi have a rough surface, porcelain types are very fine and delicate with milk-white bodies that allow the beauty of a tea’s verdant colours to shine.

Stoneware teacups are made at a low temperature which results in a thick cup.

Porcelain teacups are baked in high temperatures giving their characteristic delicate, smooth and sophisticated feel. At the end of the day, when it comes down to usability, stoneware cups are better. Stoneware yunomi are thick with a handmade feel perfect for serving hot tea. Also, one of the charming features of stoneware yunomi is that the Japanese teacup changes in character and colour tones over time and with use. Unlike porcelain yunomi which don’t change regardless of the amount of time that passes.

Yunomi tea cups have always been a popular gift amongst Japanese people and tourists visiting Japan. Passionate yunomi teacup collectors can be found all over the world thanks to the extensive variety of styles they are created in. But have you ever heard of Meoto Yunomi?

There are special pairs of yunomi called Meoto Yunomi – meoto means “married couple”. Meoto yunomi consists of two cups with the same pattern but comes in different sizes. The larger cup being the “husband” and the smaller cup being the “wife” cup. Meoto Yunomi is a popular present given to couples on their wedding day in Japan.

Finding Beauty in the Everyday

Yunomi may not be as famous as other Japanese teawares such as chasen, the bamboo whisk used in traditional Japanese tea ceremonies, but yunomi represent an important form of Japanese artistry in pottery. Deceptively simple in design, yunomi are an object of fascination particularly by potters in the West and are used as a way to explore their skills and creativity. As for the Japanese, yunomi continues to embody its original function as a piece of pottery that is used and loved every day. 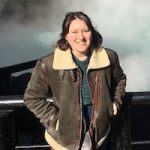 Amy is a travel writer and photographer with a passion for tea! Amy has traveled to many different tea regions of the world from Darjeeling, India, Japan, Taiwan, northern Thailand, and Vietnam to experience first-hand and learn about different tea cultures. She now lives in Kyoto where the Japanese tea ceremony was born and remains its spiritual heart. 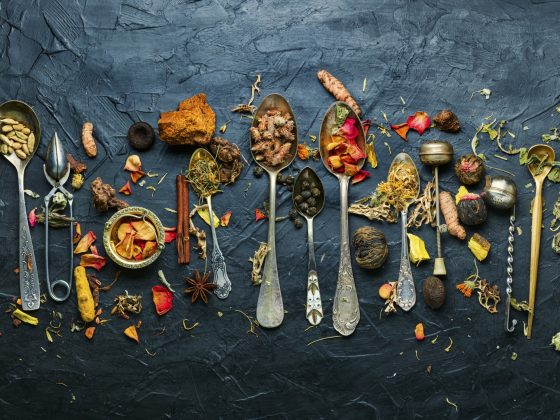 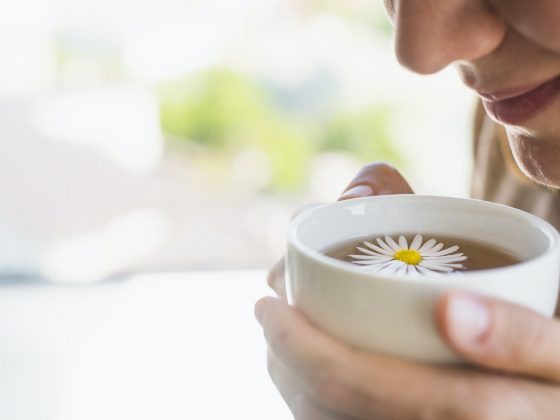 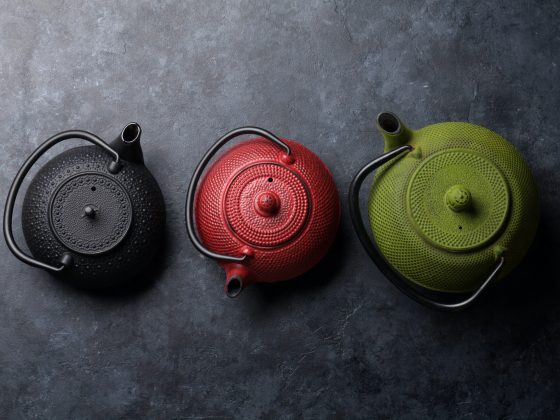 Your Guide to Different Types of Tea Makers