What does earth’s creation and life as we know it, the ancient Aztecs, pond scum, breathing, and good health all have in common? You guessed it, Spirulina powder and Chlorella. Spirulina and Chlorella are not precisely the same, but darn close to being similar!

Spirulina powder comes from a type of cyanobacteria single-cell blue-green algae, and it can grow in slightly salty water but does best in and freshwater.

Whereas Chlorella, also a single-celled, is a type of green algae that grows in freshwater. Both packed with nutrients and proteins and a wide range of vitamins, minerals, antioxidants, are particularly beneficial.

Spirulina happens to be the reason you are here right now on planet Earth. Well, ok, there are many reasons. Still, because Spirulina is one of the oldest life forms, scientists believe it might have been responsible for producing all the oxygen for our baby Earth’s first organisms, allowing them to advance. Growing so far into the Earth’s history to see the Aztecs rediscover these algae.

Cultures all over the world have embraced these algae for centuries. Studies of excellent health-improving advantages and ease of harvesting help them become a primary staple in the ancient Aztecs to the native people in Chad, Africa, as a needed nutrient in daily diets.

However, the Aztec people in the 15th to early 16th centuries around the Aztec empire’s ancient capital called Tenochtitlan, remembered for growing and using the algae for health. These people farmed and lived near the swampy Lake Texcoco island n what is today south-central Mexico. They staple crops, and diet was maize, beans, squash, chilies, and tomatoes. Spirulina was abundant in Lake Texcoco, which they made into a powder and cakes.

Even though the Aztec’s influence and customs are still used today, their diet was not balanced. Each Aztec citizen was independent. Every individual was educated and required to be an active part of society, regardless of gender or social status. However, it was their practice and advancement in medicine that help advance research to diet and health. Spirulina powder’s use in foods, drink, cleansings, and ceremonies certainly seem to have impacted and stabilized their otherwise lousy diet.

While this single spherical cell, green algae, is as old as our oxygen-sharing world creator Spirulina it took almost the full two billion years to officially discover its existence. In fact, it wasn’t until the invention of the microscope or one powerful enough to see these little buggers that Dutch microbiologist Martinus Willen Beijerinck properly discovered Chorella in 1890.

Historically Asia used Chlorella in cooking and medicine for thousands of years, primarily in Japan. Although the island of present-day Taiwan soon became the world’s leading cultivator. Around 1950, research erupted as scientists started to recognize the mounting global population boom.

There was a rush to find out how we would feed all these new future eaters. Chlorella’s nutritional and healing abilities were tested and proven over and over again. A research institute was founded in japan dedicated to Chlorella research in 1957. This alga has gained popularity ever since.

Spirulina and Chlorella Microalgae to the Rescue

So we know the basics of these little single-cell nutritional powerhouses, but what is the difference between the two. According to the BBC, Spirulina and Chlorella are both nutrient-dense food packed full of vitamins that include A, C, E, and B, as well as minerals such as magnesium, calcium, selenium, and zinc. The combination of these essential nutrients protects our cell and tissue from damage.

That, it seems, is just the beginning of what these superfoods can do for our health. Several studies were conducted in Asia, Africa, the Caribbean, and other countries where iron and zinc deficiency is a public health problem stopped when either Spirulina or Chlorella was introduced to the diet. The health crisis stopped between two to twelve months on average and introduced five to fifteen other nutrients.

Both Spirulina and Chlorella are fast-growing, highly nutritional, and ecofriendly. Science is now starting to see that taken regularly, they also are incredible antioxidants, anti-inflammatory, and stimulates the immune system. While most official testing is still conducted on animal studies are showing improvement in intestinal microbes, immune impairment, and chronic inflammation. These studies are a step in the right direction to slow the aging process and help with obesity.

Although records verify that ancient people traditionally harvested wild microalgae for food and dietary supplement, it wasn’t until about 40 years ago that we started to look at their function and possibilities in a new light. While Chlorella’s benefit is that it seems to contain more Omega 3 Fatty Acids, Spirulina, based only on cost and quality, was preferred. However, both show great importance for human health and welfare in the future as nutritious food additives and food production.

How Much Spirulina and Chlorella Should I take daily?

Spirulina powder standard daily dose 1-3 grams, but up to 10 grams per day have been used effectively. Chlorella’s usual daily dose of 3-5 grams or 10-15 300mg tablets to prevent health complications and illnesses and benefit from Chlorella.

Oh, but there is more, the same amount of Spirulina powder contains 1.7 grams of digestible carbohydrates, only 20 calories, and a small amount of fat. With almost the same nutritional value as Spirulina, Chlorella’s benefits are that it contains more omega-6 and 3 fatty acids. Both, however, are considered excellent and comparable to an egg. Spirulina does not have vitamin B12, as many have claimed but contains a similar pseudovitamin, which is still vital to the body.

The Renewable Challenges of Spirulina Powder and Chlorella

These eco-friendly microalgae are also finicky at best scientists are running into some problems while cultivating. They seem susceptible to the slightest changes in temperature, light, and minerals. Any imbalance can overthrow their stability. The stress can ultimately kill or starve the whole batch of little micros.

The algae during production excrete sugars if over-cultivated polysaccharides take over and keep the algae from the nutrient source that keeps them alive. The overproduction of polysaccharides primarily causes a lack of fixed nitrogens within the algae’s cell, contributing to a slow algae death.

Minimal control exists over the composition of these products—toxicity is a big problem facing the production of the small one-celled Spirulina powder and Chlorella. The buyer should beware that toxic contamination could exist. If growing conditions are hazardous, then basically, the product is unsafe. Toxins can include but are not limited to, harmful metals, bacteria, and microcystins.

As the consumption of this wonderful health food is flooding the general public worldwide, relatively few studies have been conducted on food storage, growing conditions, or heavy metals or contamination.

Is Spirulina or Chlorella Bad for Kidneys or Liver?

With an excellent high-quality product, the following study shows that, no, a lot of products on the market are safe and not toxic. King Saud University sponsored the project, Deanship of Scientific Research, College of Science Research Center, in Bot/2010/38. The study involved twenty-five Spirulina samples taken from seven different countries of origin. Sixteen specimens were in tablet form, nine were in capsule form, and some tablets were ground down into Spirulina powder.

The Samples were tested to identify heavy metals. The results were positive, showing that every representation tested was within sufficient daily intake levels. Therefore, all the Spirulina samples tested were considered to be food safe.

Who Should Not Take Spirulina or Chlorella?

The study did not cover other safety concerns, such as in the following cases:

Are There Interactions with Herbs and Supplements?

Some Chlorella supplements contain iodine. People with iodine allergies or sensitivity should avoid these algae. Chlorella may render blood-thinning drugs useless, so avoid if on a blood-thinner, even aspirin.

Taking Spirulina powder or Chlorella along with medications that slow the blood clotting process might be advanced, increasing bruising and inner bleeding. The same is true for anyone on non-steroidal anti-inflammatory Spirulina powder, and Chlorella does the same thing, so you might be getting more than you need. Another repeat drug is medications for diabetes medications. Also, when taking herbal other supplements, know what you are taking, monitor your health closely, and make sure you are not overlapping remedy results.

Can Spirulina and Chlorella be Taken Together?

Microalgae is one of the most promising foods of the future and is a particularly good source of proteins, lipids, and phytochemical. Spirulina and Chlorella can be taken together barring no health issues. These micro-algae, coined the greatest superfoods nutritionally, might just be the answer to the world’s food new source.

Both algae are powerful when taken together at recommended daily doses and from reputable companies. Try and always purchase organic with ingredient label reading 100% either Spirulina powder or Chlorella. Chlorella may read: Whole Chlorella (cracked cell wall, strain Chlorella pyrenoidosa.

What to Look for to Ensure Quality

Here are four other things to look for when purchasing Spirulina powder or Chlorella:

The bottom line? Spirulina Powder and Chlorella are going to save lives and this planet as we know it. Well, that might be exaggerated, but from all the research out there, it doesn’t look that far off.

Both algae are high in nutrients, quickly grown in good clean, balanced conditions, and most people find them a safe supplement to a healthy, nutritious lifestyle.

Studies in this article even suggest both Spirulina Powder and the benefits of Chlorella might fix our polluted air and help those suffering from disease and malnutrition.

So, Spirulina powder and Chlorella get to wear Superman’s suit because it does seem that these two single-celled micro-algae just might have what we need to survive ourselves. 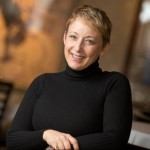