Old Fashioned Bread Stuffing is a classic thanksgiving meal made of oven-toasted bread soaked in an aromatic broth and layered with some fried onions, celery, herbs, and spices. This bread can be stuffed with minced chicken or turkey. Alternatively, the pieces of the toasted bread can be added to the pureed soup by placing them on top of the dish. The outcome is tremendous with a blend of spices and bread crust.

It is considered one of the greatest stuffing since it contains mashed potatoes, bread crumbs, and a variety of aromatic spices. It had a simple, relaxing flavor if it was toasted to perfection. The recipe for Old Fashioned Bread Stuffing is based on Thanksgiving traditions and memories. This traditional stuffing is made with butter-sauteed celery and onions and thick, substantial bread pieces. This is a simple dish that offers all of the classic must-have tastes.

How To Make Old-fashioned Bread Stuffing?

To create this luscious and delectable meal, preheat the oven to 325 degrees F or 165 degrees C, then smash the loaves of bread into crumbs. In a mixing container, combine the butter-fried celery and onion with the crumbs and any other desired additions. Bake the mixture until it is golden brown and crunchy on top.

The Old Fashioned Bread Stuffing is a cult-classic meal with many pinches of spices and bread. One only needs a few items to make this delicious supper, all of which are readily available at the home or any supermarket. It’s an excellent dish for festive times, like Thanksgiving, and Easter.

What Equipment And Tool Required?

To prepare the delicious old-fashioned Bread Stuffing some sort of equipment is necessary to execute the preparation successfully.

Old Fashioned Bread Stuffing is a classic traditional recipe, even though the ingredients are quite basic and readily available in most kitchens and grocery shops.

Wheat rusks: This is the main component of this meal. Without it, the entire recipe would be ineffective. Wheat rusks are crispy and crunchy and are a perfect Old-fashioned bread stuffing.

Butter: Butter is required to fry the celery and onion.

1 large onion, finely chopped: Onion is required for the classic taste. This will add crunch to every bite.

2 stalks celery, finely chopped: Celery is for the crunchy texture in the stuffing.

3 cups chicken broth: To give a soup texture and a flavor boost

Dried sage: To add an earthy flavor to roasted veggies.

Garlic powder: To give the meal a kick of flavor and aroma

Salt and pepper according to taste: To obtain a good salty flavor, this must be added.

The preparation will require nearly 25 minutes to create the filling, the cooking time will be approx. an hour, so the total time to prepare and cook the meal is one hour and twenty-five minutes. Per serving of the dish contains 133 calories.

How To Prepare Old-Fashioned Bread Stuffing?

Step 1: Melt 4 tablespoon butter in a saucepan or microwave-safe dish, and add some onion, celery, and garlic: season with pepper and salt until it gets crispy brown.

Step 2: In a large mixing basin, add the wheat rusks and the fried veggies. Using a spatula gives it a good mix and toss.

Step 3. Now take a baking dish and transfer the rusks and veggie mixture into the dish, and add chicken broth or vegetable stock to, as per your preference.

Step 4. Using a spatula stir the rusks, and veggies gently in the broth, let them soak it. Now add the dried herbs such as thyme, sage, cinnamon powder, etc.

Step 5. Mix until everything is well combined, now bake it for 15-20 minutes on 170 degrees in an oven. The bread can be served hot, or can be stored for sometime, but do not store it for more than a day.

Can You Store And Freeze?

To store: Yes, traditional bread stuffing may be frozen and stored. It has been experienced that after freezing, the celery, onion, and herb flavors become stronger. Preparing bread stuffing for a large group of people on the day of the celebration has proven challenging. As a result,

To freeze: Before freezing the stuffing, bring it to room temperature and then slowly thaw it while serving.

What Can Be Served With Recipe?

The traditional flavor of Old Fashioned Bread Stuffing can be presented in a variety of ways.

Variations For The Recipe

Old Fashioned Bread Stuffing is a traditional and simple meal with a captivating flavor. For a Thanksgiving meal, the basic bread stuffing recipe is more than adequate. The ingredients for this recipe are simple, but if prepared and presented correctly, the result will be outstanding. 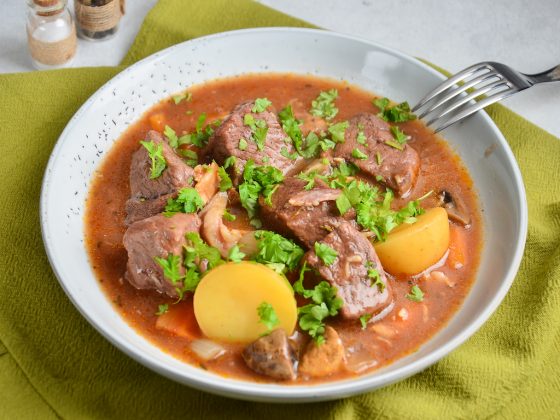