What is Metabolic Typing Diet

Think back to the last thing you ate…

Was it a bagel for breakfast? A steak for dinner? How did you feel afterward? According to The Metabolic Typing Diet, what you eat may alter your body’s response. Forms of metabolic typing have been developed and studied for years, with one idea building upon another. Most recently, this diet trend has sparked the interest of many individuals looking for the latest diet recommendations.

This idea first started in 1956 when a doctor by the name of Roger Williams wrote a book asserting that humans are inherently different, and therefore their metabolism and dietary needs will be different… Makes sense! Although the book did not gain popularity, it did grab the attention of a man out of a small town in Texas. The man William Donald Kelley took this idea and grew to develop Metabolic Type Dieting based upon his own experiences and research.

The basis of this diet, according to Kelley, is attributed to the bodies autonomic nervous system, which is broken down into the sympathetic and parasympathetic systems. These two branches oppose one another in a variety of bodies responses, including heart rate and digestion. He claims that individuals are strongly influenced by one of these branches of the autonomic nervous system over the other and that specific nutrients can trigger those systems. Kelley emphasizes that eating specific foods based on your body’s response can aid in overall health benefits and disease prevention. The question is, is there any truth behind this?

This diet is broken down into three different categories, fat-protein efficient, carbohydrate efficient, and mixed efficient based upon results from a questionnaire. Let’s take a closer look at each type:

Based on this diet type, the body is strongest in the parasympathetic branch of the autonomic nervous system. This results in a faster oxidation (aka: breakdown) of carbohydrates. If your results indicate that you are fat-protein efficient, your diet should be focused on higher protein foods, such as red meat and seafood.

Opposed to a person who is fat-protein efficient, this diet type is stronger on the opposite branch of the autonomic nervous system, the sympathetic branch. This requires you to consume more carbohydrate-based foods in order to strengthen the parasympathetic branch. With this diet type, you are encouraged to follow a low-fat, low-protein diet that is high in fruits, vegetables, and whole grains.

As the name suggests, this diet typing indicates a person has a balance of both the parasympathetic and sympathetic branches of the autonomic nervous system. Therefore, your diet should be a mix of protein, fat, and carbohydrates.

Diet Choices Based on Metabolic Types

Now onto the question everyone wants to know, “what CAN I eat?” Below are some food suggestions based on your metabolic type:

Metabolic typing has a strong focus on a more holistic approach versus the traditional medical approach to overall health. The authors of The Metabolic Typing Diet make several large claims regarding the health benefits of this diet including reversing chronic disease. They go on to state curing hypertension can be as simple as adjusting the macronutrient distribution in your diet versus traditional medication. Although they provide several analogies on how the body systems influence one another and work together, they provide no evidence to these claims, which is a red flag. Addition benefit claims include weight loss, cessation of digestive issues, removal of anxiety and depression, improved athletic performance, mental clarity, and sustained energy throughout the day.

The research on the effectiveness of this diet is very sparse. One small study of 33 individuals out of Taiwan found that individuals who were fat-protein efficient had more significant improvements with weight loss than the carbohydrate efficient group. However, overall, both groups and genders had weight loss during the 4 weeks of the study.

This diet could possibly be a future recommendation for individuals looking to lose weight. However, an immense amount of additional evidence is needed to draw these conclusions. In addition, basing diet solely on a questionnaire could lead to potential health consequences if the individual has other existing conditions. For example, if an individual with a history of heart disease is told they are fat-protein efficient, a diet of red meat and full fat diary could be cause for concern…yikes!

When looking at the positive aspects of this diet, it focuses on a prevention versus a treatment approach (bonus points!). In addition, there is a focus on healthier foods for the carbohydrate efficient individual by promoting whole grains, fruits, and vegetables. On the other hand, the fat-protein efficient diet seems to be very similar to the Atkins diet, which is very restrictive and can lead to elevated cholesterol levels. Overall, diet customization can be the key to successful control and/or the treatment of nutrition-related diseases and conditions. As the dietitian’s motto goes, “one size does NOT fit all.” However, this diet sounds too good to be true as the claims are very extravagant without any evidence these changes are effective and safe. Proceed with caution! 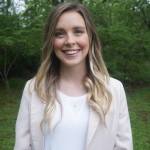 Maggy Doherty is a Registered Dietitian and owner of her own nutrition private practice, Doherty Nutrition.

As a UCLA student-athlete on the Women’s Diving team, she learned how to use food to take her health and performance to the next level.

She earned her Master of Science in Nutrition at the University of Illinois and has practiced as a clinical dietitian at Dallas’ Parkland Hospital.

How to grow Wild blueberries?

Best Anti-Inflammatory Snacks to Fight Inflammation On The Go