Walk into any Rio de Janeiro café and they’ll be drinking espresso, but at home and work, Cafezinho is king. This thick, strong sweet coffee is the hallmark of hospitality. Moments after your arrival at a friend’s home will the offer be made; “você toma/aceita/quer um cafezinho?” As the Cafezinhos are prepared, the home is filled with the rich, bold aroma of Brazilian coffee and the stage is set for relaxation and pleasant conversation.

Making Cafezinho is almost hypnotic, and we’ll show you how to prepare it in the traditional way. Cafezinho is not a coffee drink, it is a way of brewing coffee, and for Brazilians, it is an essential part of daily life. Follow our simple guide and you’re sure to be captivated by the drama and sheer boldness of the tiny Cafezinho.

In 1727, Francisco de Melo Palheta planted the first coffee tree in the state of Pará and by 1770, coffee had spread south to Rio de Janeiro. Coffee was grown to satisfy domestic consumption until the start of the 19th century when the demand for coffee grew in Europe and North America. Coffee plantations expanded in the states of Rio de Janeiro, São Paulo, and Minas, and by 1840, coffee was Brazil’s leading export. Today, Brazil produces three billion tons of coffee a year and is responsible for one-third of world demand.

During the early 20th century, Brazil exported its best Arabica coffee and detained the poorer Robusta beans for domestic use. Locally, coffee was cheap, but of poor quality necessitating longer roasting at high temperatures. The often burnt, dark roasted beans produced a strong coffee, and sugar was needed to soften its bitter taste. In most farmhouse kitchens, coffee was ground by hand and placed in a cloth filter or sack and boiling water would be poured over it several times a day. The tradition of cloth-filtering coffee remains a key part of creating the perfect Cafezinho.

To be sure, Cafezinho is an acquired taste. The amount of coffee used, and the method of brewing creates a coffee stronger and much sweeter than a typical espresso shot. It is a thick coffee concentrate that has a silk-like mouthfeel and is most often enjoyed without milk or cream.

Cafezinho has a slightly weaker taste than a shot of espresso because the added sugar hides some of the bitterness. Unlike espresso, Cafezinho doesn’t showcase origin character and it’s dominated by the influence of roasting. But for some people, the sweetness and silky viscosity of Cafezinhos winds the prize every time.

What you’ll need to make cafezinho

Brewing Cafezinho is straightforward enough, but if you’re going to do it the traditional way, there are a few things you’ll need:

What beans should you use for cafezinho?

As we mentioned earlier, cafezinho is made from dark-roasted beans. This means the beans have been roasted past the second crack and brought to an internal temperature of around 473°F. The coffee has little indication of origin since all of the flavors comes from the roasting process. The beans will be black in appearance, with a thin layer of oil visible on the surface. Dark roasts don’t keep for long, so try to use them up within about seven to ten days from the roasting date.

Always grind the coffee right before you make your cafezinhos. Aim for a fine powder similar to the grind size you would use for espresso. Remember, the dark roast has more exposed oils than medium or light roasts, so clean your grinder frequently to avoid the grounds clogging the burrs.

Cafezinho uses only three ingredients; ground coffee, sugar, and water. As far as recipes go, it doesn’t get much easier, but our biggest piece of advice is to honor the process. Don’t rush things, and follow the steps with care.

Making cafezinho in a French Press

If you normally brew your coffee in a French Press, you can use it to make cafezinho. Now, we’re breaking all the traditional cafezinho, but here’s the recipe:

How to make a cafezinho martini

You can take advantage of the strong, sweet taste of cafezinho by using it as the base of a top shelf martini. Make the cafezinho as above, being sure to use a ratio of 1 gram ground coffee to 10 grams (millilitres) water. Now, you’re ready to make the cocktail:

Gum syrup is similar to simple sugar, but with the added ingredient of gum Arabic. Here’s a simple gum syrup recipe.

How much caffeine is there in cafezinhos?

Caffeine is a natural stimulant found in coffee. It is part of how the coffee plant fights against disease and insects. For most of us, it’s the reason we can’t wait for that first sip of hot coffee in the morning. But how much caffeine is there in a tiny cafezinho? The answer isn’t as simple as you might expect. The coffee varietal, roast level, and the brew ratio (coffee grounds to water) all have a part to play in determining the final level of caffeine.

Let’s start with the coffee itself. Throughout the coffee history of Brazil, the poorer quality Robusta beans were used to make cafezinho. These beans have around 2.7% caffeine compared to the 1.5% caffeine content of Arabica beans. This means, a traditional cafezinho has slightly more caffeine when made exclusively with Robusta coffee. You can balance this out by opting for a good blend made of both Arabic and Robusta origins.

Cafezinho is made with dark roasted beans. Many people assume darker roasts contain more caffeine, but the opposite is true. During roasting, caffeine is only broken down at temperatures above 455°F, so light and medium roasts are actually higher in caffeine than the roast used for cafezinho.

Let’s put it all into perspective. The USDA recommended maximum daily caffeine intake is 300 to 400 milligrams for an average adult. Three or four cafezinhos in a single day isn’t going to push you over the edge. The fact is, three or four cups of regular brewed coffee is more of a concern when it comes to moderating your caffeine intake. Besides, the sweetness of cafezinho reduces the need for the unhealthy addition of dairy.

Coffee plantations and smaller coffee farms cover more than sixteen thousand miles of Brazil, more than eight million people are employed by the nation’s coffee industry. Coffee remains a fundamental part of Brazil’s vibrant economy, and it is a source of national pride.

In North America, we speak of a coffee culture that is fuelled by gourmet coffee chains and trendy cafes scattered among art galleries, universities, theatres, and bookshops. But in Brazil, coffee has always been a fundamental part of family life, social etiquette, business ritual, and a symbol of warmth and hospitality. Espresso cafes are common now in places like Rio de Janeiro and São Paulo, but you’ll still hear patrons honoring tradition and ordering cafezinho “carioca.”

So, next time you welcome guests to your home, do it with cafezinho. The bold aroma and sweet taste of this strong, luxurious coffee is unmistakable and it is an offering as humble as the coffee bean itself. 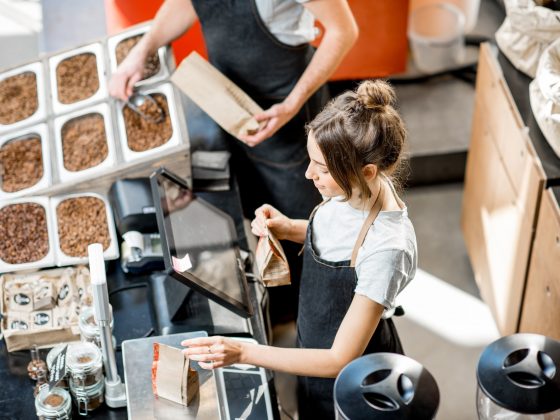 All You Need to Know About Coffee Business 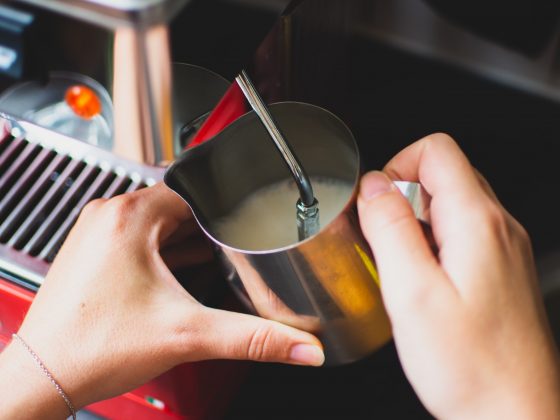