The nutritional value of spinach cannot be overstated: it is a veritable treasure of beneficial and important components. If Popeye the Sailor ate spinach puree on a regular basis, he must have known something. Today, he has the backing of dietitians, nutritionists, athletes, and all fans of a healthy lifestyle. Let’s see what makes these green leaves so precious and whether they can affect our health in any way.

History of the spinach

In today’s healthy kitchen, spinach is a popular herb. Many people believe that dark green leaves are a newfangled superfood. It was discovered in Persia in the 6th century AD when it was first described. The Great Silk Road brought spinach to China a century and a half later. And thanks to Catherine de Medici, who brought spinach from Italy to France when she married the king, spinach became well-known in Europe.

In 15th century Italy, this vegetable was generally regarded as a spring green, perfect for consumption during Lent.

And less than 100 years ago, American children are familiar with the cartoon about Popeye the Sailor since childhood: when faced with difficulties that required great physical strength and endurance, the sailor ate a can of spinach and received superhuman abilities. This inspired parents across America to add spinach to their children’s daily diets.

Because German chemist Erich von Wolff researched the quantity of iron in spinach and other green vegetables in 1870, the belief in the tremendous benefits of spinach arose. According to mythology, when decrypting data from his notebook, the scientist mistakenly misplaced the decimal point, altering the iron content of spinach by an order of magnitude – 35 mg per 100 g. German chemists discovered the error in 1937, but it took until 1981 for the official debunking of the myth to surface in the English-language medical press.

Spinach has long been considered a purely aristocratic dish that ordinary people simply did not know. At the end of the 19th century, the situation changed – people began to carefully try to eat spinach with eggs, salads, and mushrooms, but for people often spinach turns out to be the same underestimated and unfamiliar overseas vegetable that turned out to be a stranger.

Spinach is a superfood for a reason: it’s high in vitamins, minerals, fiber, and antioxidants. It’s high in vitamin K, which is vital for bone health, and it’s difficult to find vegetables that are higher in vitamin K than spinach. It also has a relatively low-fat level, making it an excellent choice for dieters.

Moreover, spinach has a negative calorie content, which means that the body expends more energy digesting food than it absorbs (there are only 41 calories in a cup of chopped spinach). This segment explains nutritionists’ passion for the figure and those who attempt to improve it.

Spinach not only fills the body with useful substances but also helps to eliminate toxins. Thanks to spinach, cells are more actively filled with oxygen, which helps to improve metabolism, increases overall tone. For people whose lifestyle involves stressful situations, spinach helps restore mental balance and increases efficiency.

Eating spinach in food prevents the development of anemia and tumors, strengthens the walls of blood vessels, and stimulates the normal functioning of the pancreas and intestines. Iodine, which is contained in spinach, has an extremely beneficial effect on the thyroid gland and is indicated for people who have problems with this most important organ. The presence in the composition of almost all the nutrients necessary for human health makes spinach simply irreplaceable in the diet of pregnant women and young children. At the same time, spinach is perfectly digestible, unlike many other green vegetables, it does not irritate the mucous membrane.

The lutein in spinach is good for eye health and also helps to reduce arterial wall thickening, which lowers the risk of heart attacks. Nitrite aids lutein in this process. He also battles heart problems caused by fat deposits in the internal organs.

The anti-cancer benefits of spinach are attributed to its carotenes and chlorophyll. Furthermore, the flavonoids in the formula work as antioxidants, protecting the body from free radicals or unstable chemicals that can harm healthy cells, so reducing oxidative or oxidative stress. The sensing of insulin by cells is improved as a result of these qualities, making spinach particularly advantageous for diabetics.

The vitamins C, D, and K in the spinach leaves, as well as calcium, potassium, magnesium, and dietary fiber, help to keep joints, bones, and muscles in good shape. Vitamin A, which is plentiful in spinach, functions as a protector, aiding in the battle against various bacteria and viruses, as well as improving the condition of the skin and hair, as it is an important component of their health.

Spinach also contains magnesium, which functions as a stress hormone barrier on its path to the brain. Another intriguing attribute of spinach is its ability to transform food into useful energy, which is attributable to its folate content. Spinach, as one of the most alkaline vegetables, aids with pH regulation. Raising alkalinity levels also aids in maintaining alertness throughout the day. Enrich your meals with fats to ensure maximal absorption of the important elements included in spinach (such as olive oil, hard cheese, or walnuts)

How and where spinach is used and substituted

Spinach is available at any time since it grows all year round. Quick-freeze spinach can be a good side dish with anything like fried eggs and potatoes or a base for a chic spaghetti sauce. It is sold in different variations: in briquettes, chopped, whole with leaves – it’s a matter of taste how to cook it later.

The most important thing is to cook spinach as quickly as possible, as it loses its nutritional value when stored for a long time, while the spinach leaves simply become sluggish faster than rooted spinach. If you haven’t used spinach right away, you can store it in the refrigerator with a damp towel to slow down the withering process. Still, it is advisable not to store spinach for more than 2 days.

There are a lot of cooking options: spinach is used in light soups, side dishes, sauces, and salads, and also as a seasoning for meat or fish. Green leaves are added to vegetable soup, salads, omelets, mashed potatoes, and pies. Also, spinach loves to be stewed and boiled, and fried.

Young spinach can be eaten raw in salads and sauces, while older leaves can be steamed and sautéed.

Spinach goes well with many other foods, such as bacon, nutmeg, cream, cheese, pine nuts, tomatoes, and chickpeas. By the way, you can replace sorrel with spinach with lemon juice if it does not grow in your country. Before eating, spinach should be blanched, dipped in a pot of boiling water for a few minutes, and immediately rinsed with very cold water. Thus, the bitter taste will go away, vitamins and color will be preserved, and the leaves will be much easier to process further. Option two: slightly simmer wet spinach leaves in a hot frying pan.

Young spinach leaves can be eaten without blanching and can be used in various salads.

Moreover, if you regularly use spinach, you will be able to significantly reduce body fat and give a slim figure. In this case, the body will be provided with all the substances necessary for life, which will avoid harm to health.

The leaves of the plant can be used not only as a food product but also for the preparation of moisturizing and toning masks.

For men who are actively involved in sports, dishes from this amazing plant will help build muscle mass, increase endurance and strength.

Pregnant women should not give up the product, especially in the first trimester. It will supply the body with all the vitamins and minerals it needs, replenish energy reserves, weaken toxicosis, and ensure the correct development of the baby.

Where and how to grow

Spinach is a cold-resistant crop, that is why spinach seed germination requires a temperature of 3-4 degrees. And although the homeland of the plant is a southern country, however, its sunrises do not perish even with frosts down to -5 degrees

Many people cultivate spinach as their first crop, both before and after planting heat-loving crops.  Moreover, in this capacity, it can be used in every vegetable garden, since it perfectly coexists with any plants.

It thrives in fertile, organically rich soils. It is known that they maintain a high level of moisture retention. Plants require regular loosening during the growing season. You can only obtain a good harvest from this crop if you water it regularly.

In this aspect, spinach is easy to care for, since it only needs to be watered two to three times each week and uses 3 liters of water per running meter of row. Maintaining proper soil moisture will aid in the prevention of stalking in your plantings.

Spinach, as shown above, has proven that it is a great food for your health. It is a real healer. Although spinach itself has a neutral taste, it becomes a natural biologically active additive to other food – salads and soups, meat, bakery products, and desserts, or even drinks. Doctors recommend including the leaves in the diet for the prevention of heart and vascular diseases, metabolism, skin, as well as for general strengthening of the body and weight loss.

Spinach is an excellent defender against some forms of cancer. As well, spinach, as already discussed, is a great source of life-important vitamins, different elements, and lots of antioxidants. This makes it even more valuable. After all, you don’t need to develop anything to load your body with a variety of beneficial nutrients. You should know that by consuming this plant, you can quickly deal with several issues in your body that are continuously attempting to disrupt your health! For a gorgeous figure and glowing skin, take advantage of all the health benefits of spinach. So, if you want to keep healthy, don’t overlook spinach leaves. 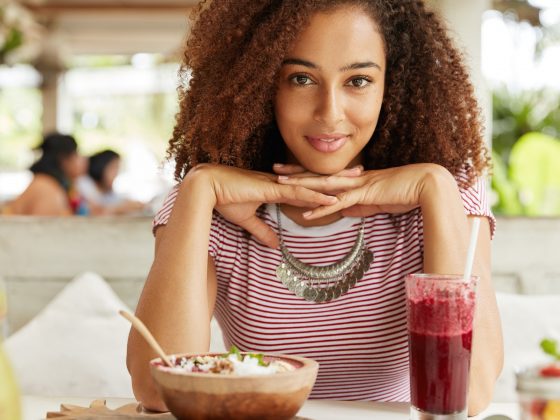 How to Eat Healthy in College On A Budget 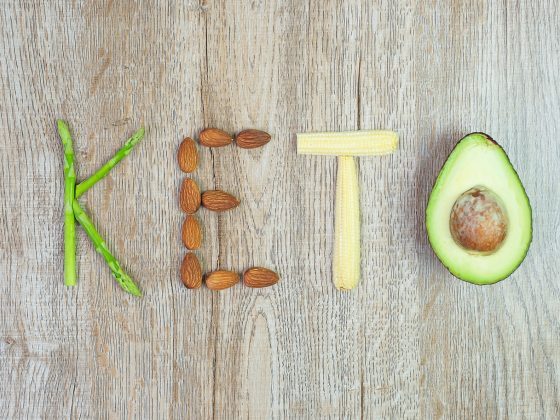 Keto Diet For Vegetarians: Benefits and Side effects