However, what are magic mushrooms, what do they do, and what are the potential benefits? Continue reading below to find out the answer to all these questions and more as we tell you everything you need to know about magic mushrooms.

What Are Magic Mushrooms?

Magic mushroom is a general term for any mushroom that contains psilocybin and psilocin— both are hallucinogenic compounds. There are hundreds of different magic mushroom strains across different genera.

The most common genera of magic mushrooms are the Psilocybe genera. Psilocybe mushrooms are so common that they can be found in the wild in almost every part of the world.

However, when people say magic mushrooms, they’re likely referring to one species called Psilocybe cubensis. These mushrooms are easy to culture and grow, which makes them popular for amateur mushrooms growers everywhere.

What Do Magic Mushrooms Do?

When consumed, magic mushrooms cause an altered perception of reality. That means that you can see images, hear sounds, and feel sensations that seem real but don’t actually exist.

When you take magic mushrooms, it’s called tripping, hallucinating, or going on a psychedelic journey. All of this is possible thanks to the psilocybin and psilocin found within the magic mushrooms.

On top of that, magic mushrooms also cause:

What Are the Benefits of Magic Mushrooms?

Now you might be wondering, what good is an altered change of perception? Are magic mushrooms only used for fun?

The exciting thing is, there are many benefits to using magic mushrooms. In fact, psychedelic mushrooms have been used for thousands of years across different cultures worldwide.

In the past, psilocybe mushrooms were used for healing and spiritual purposes. Now, scientists have discovered that magic mushrooms are really able to heal the mind.

Below are a few benefits of magic mushrooms, but there are many more.

One of the primary uses for psychedelics is for treating anxiety and depression. In fact, one of the reasons why magic mushrooms have become so popular is because there’s research to support this.

Researchers found that after a powerful hallucinogenic trip on magic mushrooms, people became happier. People who had deep depression were able to find some relief after a psychedelic experience.

Not only that, but researchers found that people who had a psychedelic trip were generally more open. That could be especially good for people who feel lonely or have trouble socializing.

In general, it seems like magic mushrooms are more effective than any anti-anxiety or antidepressant on the market.

Magic mushrooms have also been found to reduce substance abuse. That means that psychedelic mushrooms can help keep people off of cigarettes, alcohol, or other dangerous drugs.

Perhaps the most exciting benefit of magic mushrooms is the spirituality aspect. It turns out that a particularly powerful psychedelic experience can cause one to feel more spiritual.

We don’t mean that you’ll suddenly become religious. However, many people seem to feel a oneness with the world after an intense hallucinogenic experience.

Scientists found out that people who had a spiritual experience from psychedelics found more purpose in their lives. In the end, it made them happier and feel more fulfilled with their lives.

Are There Any Side Effects From Psychedelic Mushrooms?

Of course, nothing in this world is without side effects. However, magic mushrooms are one of the safest drugs on the planet.

A survey in 2017 found out that psychedelic mushrooms sent the least amount of people to the hospital—even lower than cannabis.

The only significant side effect of magic mushrooms is having a bad trip. In reality, a bad trip can’t actually do any real harm to you.

However, the experience can be extremely unpleasant and uncomfortable. Luckily, there are ways to minimize having a bad trip.

Other minor side effects include:

How Long Do Magic Mushrooms Last?

Psychedelic mushroom trips last on average about 4-6 hours but can last as long as 8 hours. Of course, the number of psilocybin mushrooms you take will affect the length of the trip.

Can I Get Addicted to Magic Mushrooms?

Magic mushrooms do not cause any type of dependence, and psilocybin is non-addictive. In fact, the hallucinogenic nature of psilocybin mushrooms makes them difficult to use repeatedly.

Do Magic Mushrooms Cause Psychosis?

No, magic mushrooms do not cause psychosis. There’s an old rumor that hallucinogens can cause some people to go crazy.

However, recent studies have shown that there’s no connection between psychedelics and having a psychotic break.

Can I Have a Mild Trip?

Yes, because it’s all about dosing. Dosing means the number of psilocybin mushrooms you take in grams.

If you take fewer magic mushrooms, you can end up with a shorter, milder trip. Likely, you won’t experience intense hallucinations but will feel and feel some altered perceptions.

Higher dosage mushroom trips will lead to strong hallucinations and even a spiritual experience.

You won’t feel any hallucinations or altered perceptions, but you might feel less anxious, depressed, and more productive.

Unfortunately, most countries have banned magic mushrooms and for no good reason. However, some states in the USA and a few countries like Jamaica tolerate magic mushroom use.

At the moment, most people will get their hands on psychedelic mushrooms through the black market.

Until the laws change, it will continue to be challenging to get safe and easy access to psychedelic mushrooms. However, more and more people are becoming aware of their incredible therapeutic potential.

Hopefully, it’ll only be a matter of time until the laws change and everyone has safe and supported access to psychedelic mushrooms.

Take Care of Your Mental Health During The School Year

What Is Meal Prep and How Can It Benefit Students 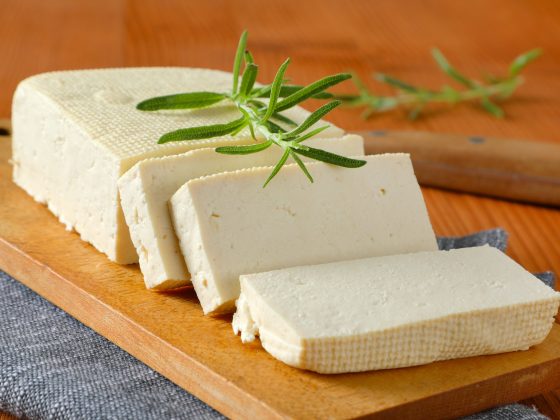